JAM Dance Academy has recruited some of the area's most accomplished dance instructors, each of whom brings their own personal approach to the dance floor. See below who they are:﻿ 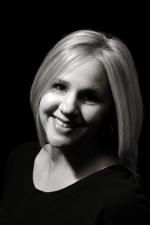 Former Ohio Dance Theatre Principle and Soloist, Jennifer Muselin, studied under the direction of Denise Gula for 15 years, perfecting her techniques in ballet, contemporary and jazz. As a child dancing at Gina Saunders Dancecraft Studio, Jennifer trained with former Cleveland Ballet dancers, Cynthia Graham and Joseph Glowick with whom she credits her love for partnering. After graduating from North Ridgeville High, Ms. Muselin attended New York University's Tisch School of the Arts where she danced under the direction of James Martin and Cherylyn Lavagnino having been awarded a scholarship for her Sophomore year. At only 19 years old, Jennifer was awarded an apprenticeship at Chicago's famed Hubbard Street Dance Company and selected to instruct summer intensives with the National Cheerleading Association. Some of Ms. Muselin's credits include Clara and Sugarplum in The Nutcracker, as well as various principle roles that were choreographed for her exclusively. Jennifer has had the pleasure of being partnered by members of the former Ohio Ballet such as Blas Cerda and Luc Vanier, as well as performed works choreographed by Mr. Vanier and Michael Medcalf, formally of the Cleveland Contemporary Dance Company. Ms. Muselin is trained in the Pilates technique which is instrumental in her teachings of both adults and children. She has choreographed musicals to include: Flower Drum Song, The King and I, Beauty and the Beast, Hairspray and most recently, Cinderella for North Ridgeville's Drama Department. After a brief hiatus from dance, in 2013 Jennifer began a new chapter in her life and opened, JAM Dance Academy, a dance studio, right here in North Ridgeville, focusing on the disciplined fundamentals of ballet technique, which she believed was missing in the area. She is proud that this fledgling studio has receive such accolades at “Best Dance Studio” in North Ridgeville in 2013-2018 and nominated for “Best Dance Studio” in Lorain County two years in a row, and most recently, nominated for "Best in Lorain" for dance instruction. Ms. Muselin has produced such ballets as "The Nutcracker" and most recently, "Red Riding Hood and the White Witches for her new venture as Executive Artistic Director of the newly formed professional contemporary ballet company, Ballet Legato in 2019.  Ms. Muselin resides in North Ridgeville with her husband and four children.

Ms. Rumer brings more than 25 years of dance and theater experience to JAM Dance Academy. A graduate of the University of Akron with a BA in Mass Media Communication and Dance, Ms. Rumer was a member of the University of Akron Dance Company, Choreographer's Workshop, UA Touring Ensemble, and the UA hip hop group, Expressions. Ms. Rumer studied with the Ohio Ballet and Verb Ballets in addition to training with master teachers at the School of the American Ballet, Steps on Broadway, Luigi's Jazz Centre, and Broadway Dance Center in New York. Prior to attending UA, Jenni trained at the School of the Canton Ballet and was a member of the Backstage Dance Company, performing throughout the country as a concert and competitive dancer. Ms. Rumer regularly attended master classes with renowned teachers including Tabitha & Napolean D'umo, Mia Michaels, Joe Tremaine, Phi Nguyen (Jabbawockeez), and Gregg Russell (Tap Sounds Underground) and could be seen on stage in productions of Cabaret, Steppin' Out, Will Rogers Follies, Anything Goes, and Joseph. She was the recipient of numerous dance convention scholarships as well as the Urban Jamm well-rounded dancer award which earned her the opportunity to tour nationally, teaching and performing with the faculty. As a dance educator, Ms. Rumer has received awards in choreographic excellence and her students have gone on to become professional dancers & entertainers, studio owners, and dance teachers. She is focused on creating a fun and engaging classroom environment, dedicated to teaching proper technique with a focus on strength, performance, and artistry. Ms. Rumer is excited to share her passion for dance with JAM Dance Academy! 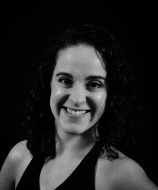 Hannie Mills began her ballet training at the age of three at the Cassandra School of Ballet in Toledo, Ohio.  While in high school, Hannie trained in Ballet, Pointe, and Jazz.  She performed various pieces with the Cassandra School of Ballet, including Kitri’s Grand Pas variation from Don Quixote and the Dew Drop Fairy from the Nutcracker Suite.  After graduating, Hannie went on to Eastern University to study dance.  While pursuing her degree, Hannie continued her Ballet and Jazz training in addition to Modern and Contemporary.  Hannie was a member of Opus 1 Contemporary Dance Company for the 2010-2011 and 2011-2012 seasons and an apprentice dancer with 180 Dance Company for the 2012-2013 season.  During her senior year, Hannie taught Ballet for ages ranging from four to eighteen at Kristina Pulcini Ballet Academy.  She had the opportunity to be a guest dancer in the 2012 Nutcracker Suite for Kristina Pulcini Ballet Academy, performing in Snow, Marzipan, Chinese, and Flowers.  After completing her Bachelor of Arts in Dance in 2013, Hannie moved to Lynchburg, VA to attend graduate school and received her Master of Arts in Management and Leadership in 2014.  During this time, she pursued her love of dancing by attending classes at Central Virginia Ballet as well as teaching ballet for ages four to ten.  Hannie and her husband moved to the Cleveland area in January of 2016.  She was put in contact with JAM Dance Academy and was honored to be able to participate in their first Nutcracker in December of 2016.  Hannie is excited to continue to share her love of dance with the amazing dancers at JAM!

Cody Edwards has been dancing his whole life and begun to take it seriously at at 11.  During high school he played football, baseball, and basketball, but continued to train in dance in his spare time. After graduation, he attended the University of Toledo for 2 years striving for a degree in nursing but moved to Indianapolis where he changed majors and graduated in 2013 with an Associate’s Degree in Electronic Systems. Once he graduated college he began to work in his career field and chase his dream of dance at the same time. A year after working for Time Warner, Cody began to put his dreams of dance into a full-time endeavor.  He was taught and trained in Cleveland with Orlando X Factor ( Rock City Cleveland) for almost 2 years along with Daisun Lee Santana of City Breaks Cleveland. Also during this time, he worked hard and danced with the Cleveland Cavaliers Scream Team.  Cody has trained in such styles as Hip-hop, Flexing, Breaking, Popping, Choreo, and also Krump. Now after gaining the knowledge he has, he wants to spread his positivity and love for dance to the youth at JAM and the Lorain County Areas.